I really liked the idea of crossword poetry, so I'm working on a way to make individual crossword pieces with just one word that can be part of a larger group. I painted one set and did the other in Illustrator, still trying to decide which I like better. Each panel is zoomed in differently, so the entire puzzle is typically not showing. 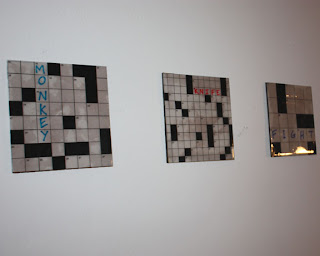 One reads: Monkey. Knife. Fight. (A Minus the Bear song title that I really enjoy.) And the other is:
I saw a
kite in a tree
it made me
think of you. 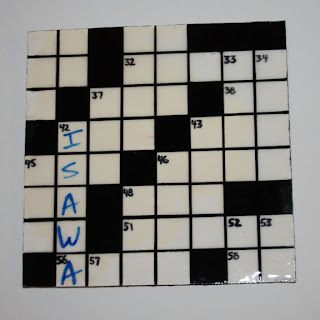 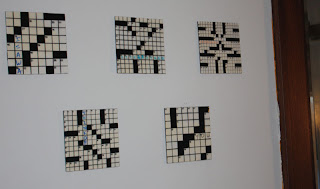 I have also been working on a commissioned "Defeated Lion" series, the idea focusing on the loser of a battle instead of the glorified king of the jungle. An interesting concept, though I can't take credit for it. So I found pictures of lions and edited them in both Photoshop and Illustrator. Then I printed the image, attached it to a canvas, painted over it with oils, and finished them with a thick epoxy varnish. 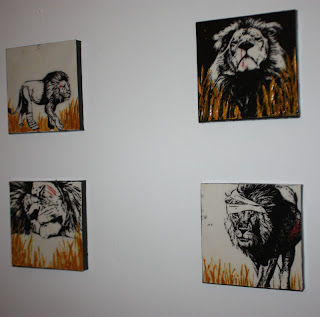 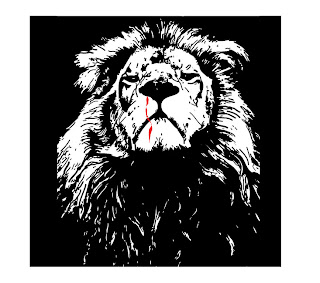 Monkey Knife Fight is from The Simpsons long befre Minus The Butt.